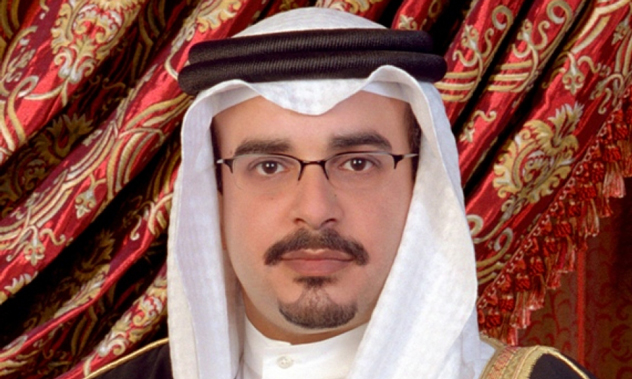 The Abraham Accords survived the first serious conflagration between Israelis and Palestinians last month and now it appears to have survived another challenge: The ouster of Benjamin Netanyahu with a new prime minister who is considered more right wing.

The Kingdom of Bahrain congratulated Naftali Bennett after he was sworn in as Israel’s new prime minister on Sunday, adding that this new season is an “opportunity to secure further development, stability and peace in the region.”

With former U.S. President Donald Trump and Netanyahu seen as some of the main architects of the historic agreements reached between Israel and the Gulf states, many speculated whether the Abraham Accords would survive with them both out of office.

But both the UAE and now Bahrain Crown Prince Salman bin Hamad bin Isa Al Khalifa congratulated both Bennett and Foreign Minister Yair Lapid and indicated their desire to move forward with the Accords despite the change in government.

“In the cable, His Royal Highness wished the incoming Israeli government every success, underscoring that the formation of a new government was an opportunity to secure further development, stability and peace in the region.”

Yesterday the UAE became the first Arab government to congratulate a newly-formed Israeli government, as we reported yesterday on ALL ARAB NEWS.

“The UAE congratulates Prime Minister Naftali Bennett and Alternate Prime Minister and Foreign Minister Yair Lapid on the formation of a new Israeli government,” the Foreign Ministry of the UAE tweeted on Monday. “We look forward to working together to advance regional peace, strengthen tolerance and coexistence, and embark upon a new era of cooperation in technology, trade, and investment.”

The historic peace treaties between Israel and the UAE and Bahrain were signed in September, marking Israel’s third and fourth normalization agreements with Muslim nations after Jordan and Egypt. Later in the fall of 2020, Sudan and Morocco also normalized relations with Israel.

In an apparent shift from the Netanyahu government, Lapid is taking the lead in diplomatic issues as foreign minister. During his time in office, Netanyahu acted largely as the nation’s international emissary more often than the foreign minister.

Lapid said that one of his priorities will be to “sign agreements with more countries in the region and beyond.”

“It’s a process, it won’t happen in a day, but the Foreign Ministry will coordinate those efforts,” he said.

Lapid specifically mentioned the need to strengthen peace with Egypt and with Jordan and praised King Abdullah as “an important strategic ally.” Israel’s ties with Jordan have been strained in recent years.

With the one-year anniversary of the Abraham Accords signing coming up, Israel’s Kan broadcaster reported that Israel, the UAE and Bahrain were considering a ceremony to mark the occasion.