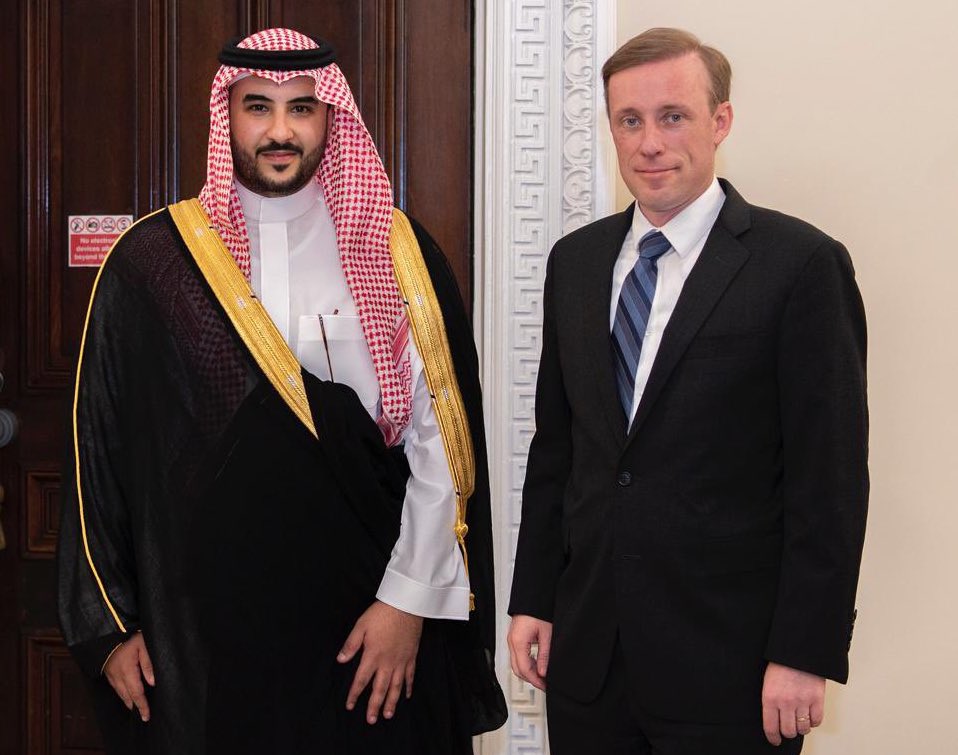 Previously, Biden also vowed to hold Crown Prince Mohammed bin Salman accountable for the controversial murder of the dissident journalist Khashoggi in 2018. Could the visit of a senior Saudi official to Washington signal a return to a more traditional U.S. position concerning its complex bilateral relations with Saudi Arabia?

Pentagon spokesman John Kirby later confirmed that the purpose of the top level meeting was “to reaffirm the US-Saudi relationship.”

Kirby told reporters that Kahl “thanked the vice minister for working closely and constructively with U.S. special envoy Tim Lenderking to end the war in Yemen and condemned the Houthi cross-border attacks.”

Biden officials reportedly discussed with the senior Saudi visitor different ways to support the Saudi government’s efforts to defend its vast territory against the intrusion of armed enemy drones, which “are increasingly becoming weapons of choice” in the Middle East, according to Kirby. In recent years, Iran and the Houthis, its terrorist proxies, have reportedly targeted crucial national infrastructure in Saudi Arabia with advanced drones.

While the Biden administration has frozen arms sales to the Saudi government over its military conduct in the Yemeni civil war, it has continued to support Riyadh’s defense against drone and missile attacks on Saudi territory.

Under former U.S. President Donald Trump, a regional Arab-Israeli tacit alliance emerged with the Iranian regime as the perceived shared threat. By contrast, the Biden administration hopes to reduce regional tensions between Iran and its rival Saudi Arabia.

The seemingly improved U.S.-Saudi ties come at a time when the Biden administration seeks to revive the controversial nuclear deal with Saudi Arabia’s regional rival Iran. While generally supportive of a deal with Tehran, European powers recently warned the Iranian regime over its escalating enriched uranium metal production. The Biden administration also criticized Iran and called its provocative actions an “unfortunate step backwards.”

By improving its ties with Saudi Arabia, Washington is likely signaling to the Iranian regime that America still stands by its regional allies and that the Tehran regime should avoid crossing Washington’s red lines in the Middle East. Biden, who recently hosted former Israeli President Reuven Rivlin, told his Israeli guest that America would not tolerate any Iranian nuclear bomb on his watch.