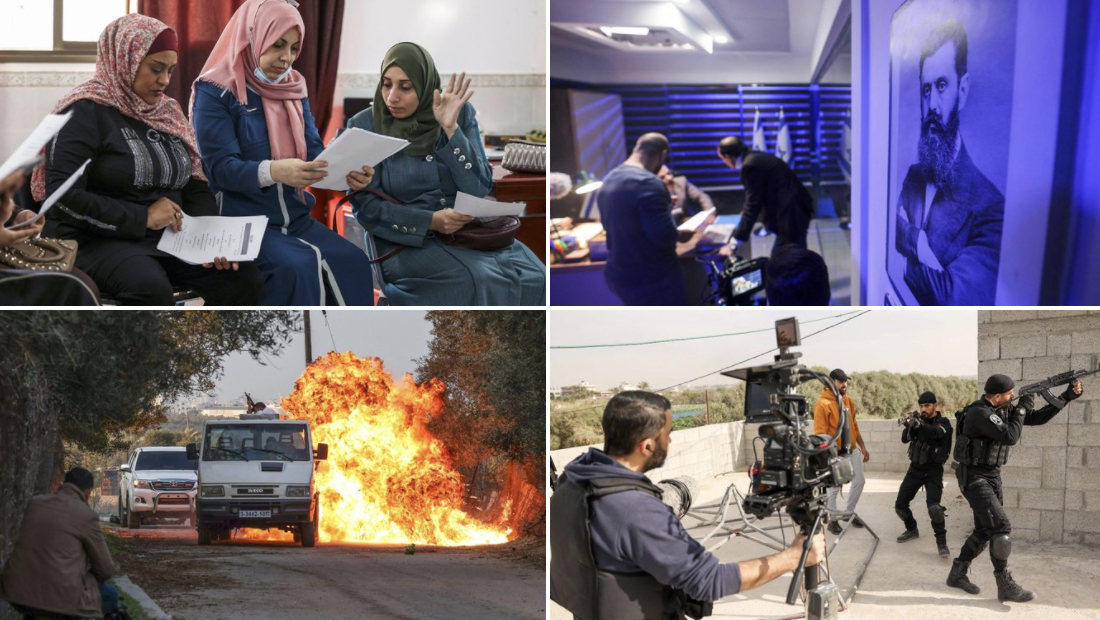 Behind the scenes look at the production of a Hamas-affiliated series countering the Israeli series Fauda (Photo: Screenshot of Arab News Tweet)

The Palestinian terror organization, Hamas, is working on a new television series inspired by – and to counter – the Israeli hit series, Fauda.

The show will tell the story of an Israeli military operation in Gaza from a Palestinian perspective. According to AFP, Qabdat al-Ahrar (Fist of the Free) is expected to be a low-budget production with 30 episodes.

Fauda is a thriller about an Israeli counterterrorism unit. It is based on experiences from the military service of its co-creators, Lior Raz and Avi Issacharoff, who served in top combat units of the IDF. The first three seasons of Fauda are available on Netflix.

Mohammed Soraya, the director of the Hamas-affiliated production, told AFP that watching any Israeli series is wrong because “constitutes a normalization of relations with Israel.” He blamed Fauda for “incriminating the Palestinian people” and vowed that his series will portray the Palestinian “resistance spirit.”

The Gaza-based set includes props such as Israeli flags and a portrait of Zionist leader, Theodor Herzl. Whereas Fauda features Israeli-Arab actors who play Palestinians and speak Arabic, the Hamas production will include Palestinian actors only. Palestinian actresses play Israeli-Jewish characters while wearing a hijab.

Jawad Harouda, a Palestinian actress who plays the head of Israel’s internal security service (Shin Bet), has faced hostilities in Gaza for portraying an enemy character.

“Some women look at me and pray that I die. I’m happy when people insult me. It means I’ve succeeded,” she said.

The Fauda team responded to its Palestinian parallel.

“Despite our Israeli-Zionist narrative, we try to leave space for the narrative of the other side,” they said. “We hope that the other side will do the same, and would love to see Israeli-Jewish actors playing the Israeli side.”