Jordan’s foreign minister lays out case building against former Crown Prince, his wife and associates, accusing them of plotting a coup 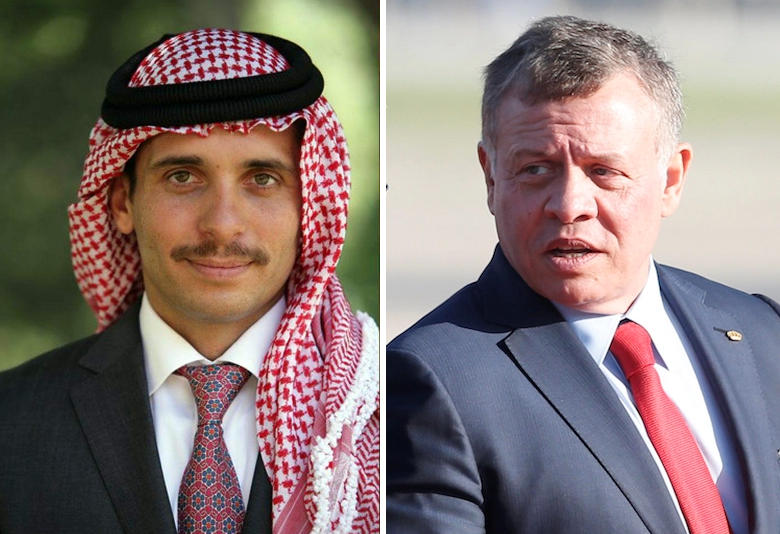 In an unfolding palace drama that reads like an international political thriller, the government of Jordan is accusing Prince Hamzah, the crown prince and the half-brother of King Abdullah II, of plotting a coup.

Prince Hamzah’s mother, Queen Noor, is firing back with both barrels, defending her son’s innocence and charging the Royal Palace with engaging in “wicked slander” against him.

Meanwhile, the U.S. and a wide range of Arab states have issued statements standing with King Abdullah and saying that he and his forces were right to move quickly and decisively to thwart the alleged plot and protect the security and stability of the Hashemite Kingdom.

Jordan’s foreign minister on Sunday laid out the case that is building against Prince Hamzah.

Given the importance of the story, ALL ARAB NEWS is publishing the statement in full:

Security agencies, through long-term and comprehensive joint investigations by the Jordan Armed Forces-Arab Army, the General Intelligence Department, and the Public Security Directorate, have been following activities and movements by His Royal Highness Prince Hamzah bin Al Hussein, Sharif Hassan bin Zaid, Bassem Ibrahim Awadallah and others, targeting the security and stability of the nation.

The investigations have detected interferences and communications, including some with foreign entities, on the ideal timing for taking steps towards destabilising Jordan’s security.

Based on these investigations, security agencies recommended to His Majesty King Abdullah II bin Al Hussein that these activities and those responsible for them be referred to the State Security Court, to undertake legal proceedings in light of preliminary investigations showing that these activities and movements have reached a point that directly impacts Jordan’s security and stability.

However, His Majesty asked that there be a conversation with Prince Hamzah to resolve the issue within the family and to get him to reconsider these activities, which target and tamper with the security of Jordan and Jordanians, and are at odds with the traditions and values of the Hashemite family. These efforts are still underway, but Jordan’s security and stability are above all else, and the necessary legal measures will be taken to safeguard them.

The Chairman of the Joint Chiefs of Staff met with Prince Hamzah at noon on Saturday to get this message across, asking him to cease all movements and activities that target Jordan’s security and stability. However, the Prince was not responsive, and dealt with the request in a negativity that did not heed the best interest of Jordan and its people.

I would like to note here that initial investigations proved there was communication between Prince Hamzah’s close circle and the so-called “external opposition” through which allegations and messages were passed to external sources, aiming to employ these allegations against national security and to spread disinformation.

Furthermore, these investigations revealed connections between Bassem Awadallah and the so-called “external opposition”, with the aim of utilising all previously-mentioned conversations and activities to implement transgressing plans to undermine Jordan’s stability, and to achieve goals and intentions connected to weakening the Kingdom’s firm stance on key causes.

These plots were carried out in parallel with extensive activities by Prince Hamzah over the past period to communicate with figures in the Jordanian society, seeking to push them into participating in activities that undermine national security. In addition, initial investigations showed that Prince Hamzah was coordinating with Bassem Awadallah on his moves and activities.

Investigations revealed that Prince Hamzah, a few minutes after meeting with Chairman of the Joint Chiefs of Staff at 2pm yesterday, and specifically at 2:22pm, sent an audio recording of the meeting to Bassem Awadallah. He also included sent an accompanying voice note from him in an attempt to escalate the situation.

Prince Hamzah also broadcasted two recorded video messages in Arabic and English in an attempt to distort facts and to gain sympathy domestically and internationally. His statements revealed the nature of his intentions and the activities he has been carrying out for some time, which include incitement and efforts to mobilise citizens against the state in a manner that threatens national security.

Security agencies also detected communication between an individual with links to foreign intelligence services and Prince Hamzah’s wife yesterday at 3:55pm. The foreign agent put his services at her disposal, offering to immediately secure a plane out of Jordan to a foreign country. This was yet another sign of the involvement of foreign parties in the suspicious activities that were thwarted to safeguard the security and stability of Jordan.

This is an ongoing investigation and will be treated in accordance with the law and with the utmost transparency.

We reaffirm that these activities have been addressed and contained, and the state’s agencies were able to nip them in the bud.

Jordan’s security is stable and steadfast with the awareness of our people and the wise leadership of His Majesty, as well as the dedication of our security agencies.

May God protect our steadfast Jordan.

The Times of Israel reported: “King Abdullah had appointed Hamzah crown prince in 1999 in line with their father Hussein’s dying wishes, but in 2004 stripped him of the title and gave it to his own eldest son, Hussein.”

Meanwhile, State Department spokesman Ned Price said that “King Abdullah is a key partner of the United States, and he has our full support.”