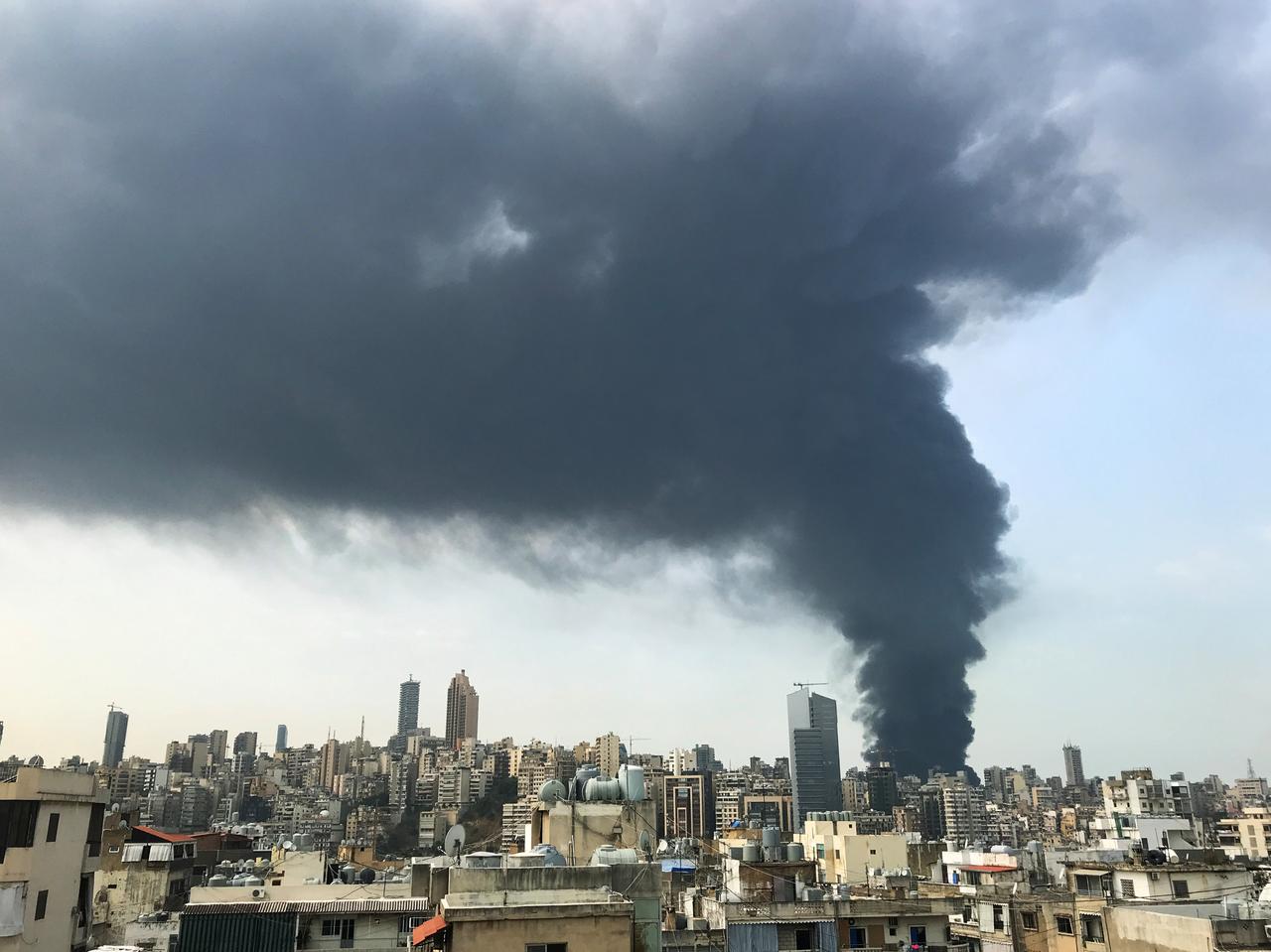 BEIRUT (Reuters) – A store of oil and tires at Beirut port caught fire on Thursday, a military source said, a little more than a month after a massive blast devastated the port and a surrounding residential area of the Lebanese capital.

The fire erupted in the duty free zone of the port, sending a huge column of smoke above the city. The military source said the cause of the blaze was not immediately clear.

Television footage showed firefighters trying to douse the blaze at the port, where warehouses and concrete grain silos were shattered by the Aug. 4 blast.

About 190 people were killed in last month’s explosion and a swathe of Beirut near the port was ruined. The blast was caused by a huge store of ammonium nitrate that had been kept at the port in poor condition for years.