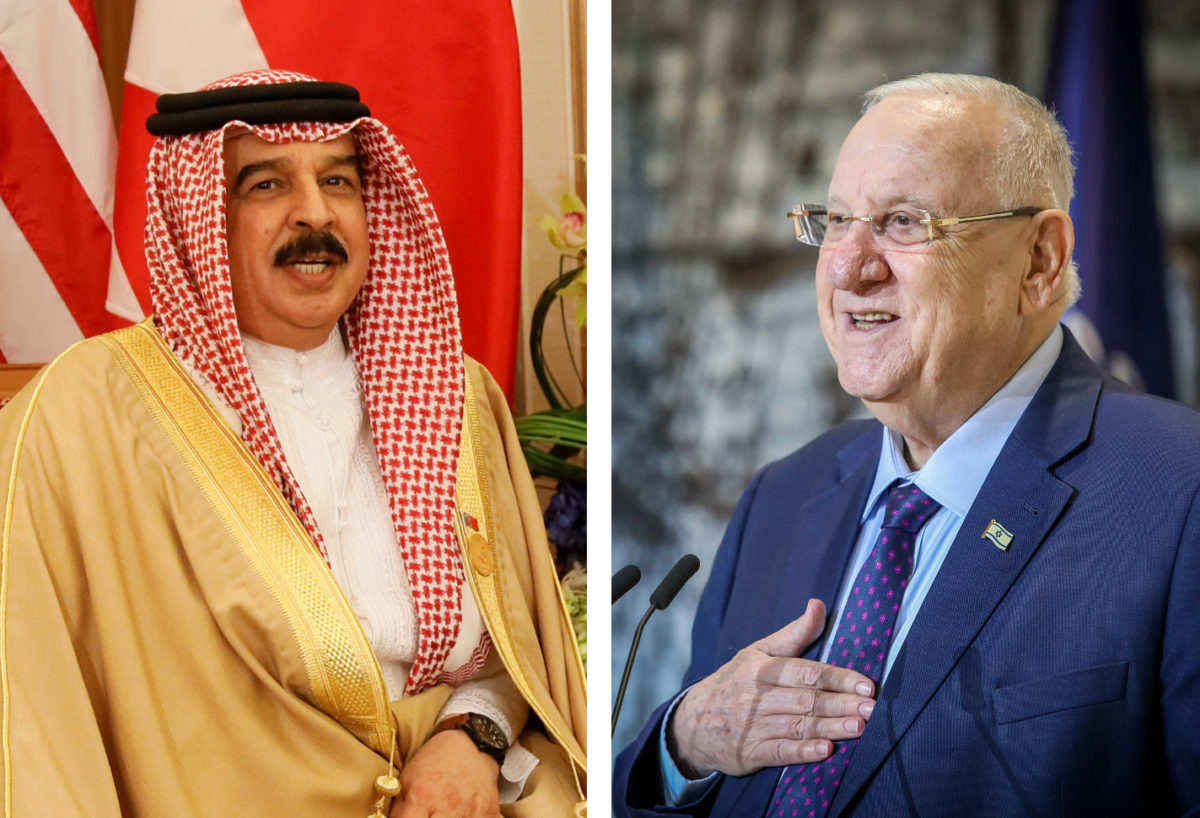 MANAMA — After a week of reporting from the United Arab Emirates, I am now in Bahrain, covering the rapidly warming relations between Israel and these Gulf countries since the signing of the Abraham Accords on Sept. 15.

Officially, Rivlin called to congratulate the Bahraini monarch ahead of “National Day,” marking the 49th year of the Gulf country’s independence from the British empire. Celebrations begin here on Wednesday and go through Thursday, with all national offices and most work places closed. However, ALL ARAB NEWS can report that based on conversations with Israeli, U.S. and Gulf Arab sources, plans are being arranged for a dramatic first state visit by senior Israeli leaders to Bahrain and the United Arab Emirates.

Rivlin has been invited to visit Bahrain, and has invited Bahraini leaders to visit Jerusalem. The same is true with the UAE.

Netanyahu has also been invited to visit both countries.

It is not yet clear whether both Rivlin and Netanyahu would travel together, or whether the trips will be separate.

ALL ARAB NEWS can report that Netanyahu has requested that none of his Cabinet ministers travel to either Gulf country prior to his own visit.

I would not rule out a December visit by at least Netanyahu or Rivlin, but January is also a possibility.

National Day in the UAE was Dec. 2.

Bahrain’s National Day commemorates the day that the first emir — King Isa bin Salman Al Khalifa — ascended to the throne in 1961. Independence was formally gained from the British on Aug. 15, 1961.

These holidays slowed down the planning somewhat.

It will be a huge story in the region for either or both Israeli leaders to make their first state visits to the Gulf states.

The trips are also immense security and logistical challenges, especially since the Iranian regime is threatening the lives of Israeli officials after several high profile assassinations of Iranian military and nuclear officials.

“This National Day marks a year of historic developments between Israel and Bahrain and the United Arab Emirates,” Rivlin said. “The developments in our relations could not have happened without the brave and historic decision of His Majesty King Hamad to establish a warm peace with Israel.”

“Peace with Bahrain is already a model for other countries in our region,” Rivlin noted. “We have chosen to invest from the very beginning in cooperation in the fields of economy, innovation and health. We are full of hope that the Palestinians will also take steps to build mutual trust, cooperation and peace.”

Earlier Monday, Rivlin welcomed a delegation of opinion leaders from Bahrain and the UAE to his official residence in Jerusalem.

Greeting the group in Hebrew, English and Arabic, Rivlin was encouraged to hear about the group’s moving first visit to Israel.

“Peace is made between peoples and nations. Your visit here is another step in the path of building warm relations between our countries. I wish you a successful visit and I am glad to meet you here in Jerusalem.” Israeli President Rivlin welcomes a delegation of opinion-leaders from Bahrain and the UAE to Beit HaNasi (Photo: Mark Neyman/GPO)

Dr. Majid a-Sarah from the University of Dubai, one of the leaders of the delegation, said, “To visit Israel for the first time as part of a delegation is an historic moment. Israel is a prime example of tolerance in the region. This is a new era of peace and stability between peoples.”

Mashaal a-Shamri from Bahrain said, “As a Bahraini woman visiting Israel, it is a great honor for me to meet the president. We see Israel as a place of peace, success and co-existence.”

The delegation was organized by the Sharka Project, a group of social activists and opinion leaders from Israel, Bahrain and the UAE. “Sharka” means “cooperation” in Arabic.

According to a statement from Rivlin’s office, “Sharka aims to lead social initiatives that bring Israel’s voice to strengthen familiarity with the State of Israel in the Arab world, and so create cooperation between young people in Israel and Arab states.”