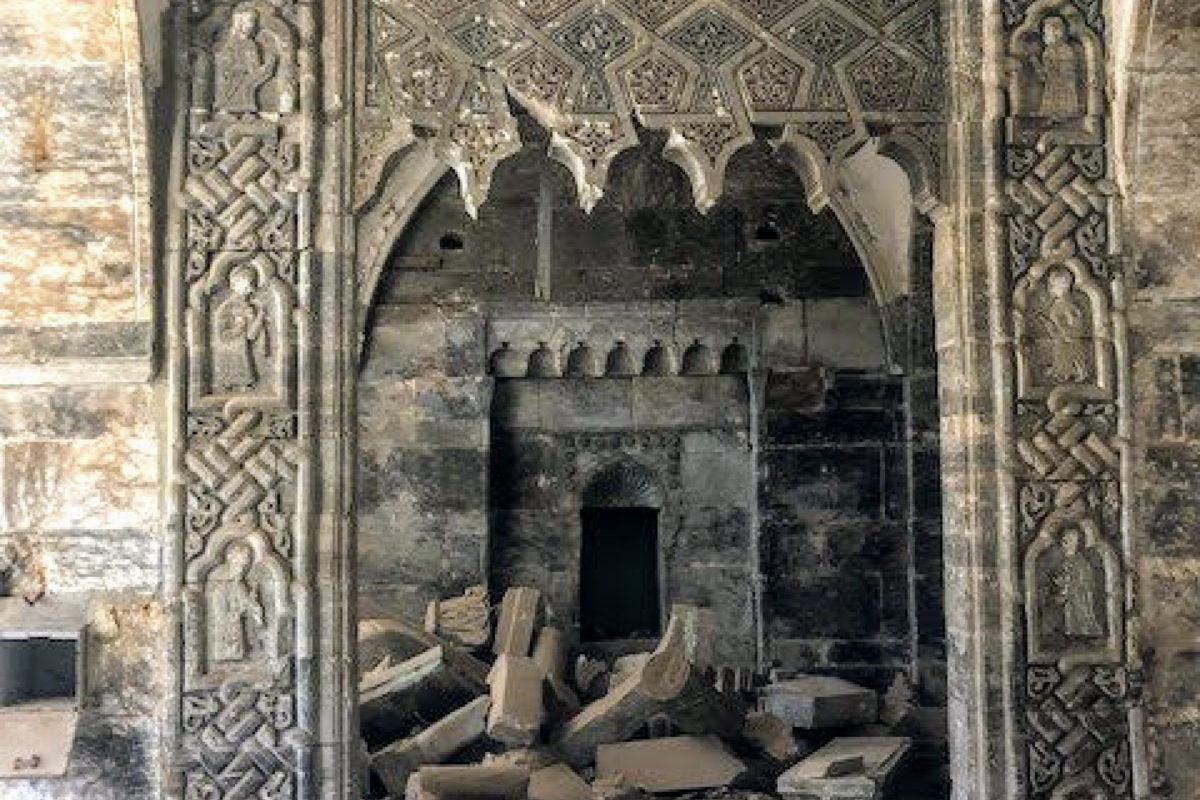 Around a dozen ancient relics and parchments belonging to Christian saints were uncovered earlier this month inside an Iraqi church, undergoing restoration after being destroyed by ISIS.

The restoration project is part of the Mosul Mosaic initiative, which aims to preserve Mosul’s cultural heritage. The project began in December 2020, after the Iraqi Army cleared the site from mines and other explosive remnants of war.

Mosul was formerly an ISIS stronghold, especially during its short-lived “caliphate” led by the “first caliph” of the Islamic State Abu Bakr al-Baghdadi.

The archaeological findings confirm the strong connection between Christianity and Iraq in ancient times.

The relics, six stone containers with Aramaic inscriptions of saints and several manuscripts in Syriac and Aramaic languages, were found inside the Syrian Orthodox Church of Mar Thomas in Mosul.

The church is believed to have been built in the 7th century A.D. on the site where the house of Jesus’ Apostle Thomas lived during his stay in Mosul, according to Christian tradition. The original church was destroyed during the Persian siege of Mosul – which was then part of the Ottoman Empire – in the 18th century and rebuilt by the 18th-century governor of Mosul, as a sign of gratitude toward the Christian defenders of the city.

One of the inscriptions found by the workers in the church related to Saint Theodore, a Roman soldier born in the province of Corum, Turkey, in the 3rd century, who was beheaded after converting to Christianity. According to Asia News, “at the conclusion of the excavations, five more reliquaries were collected: of Saint Simon ‘the Zealot,’ a first-century apostle; relics of Mor Gabriel bishop of Tur Abdin (593-668); relics of Saint Simeon the Wise (1st century), an elder who welcomed the infant Jesus in the Temple of Jerusalem; relics of Saint John, (Yohanan Shliha) apostle of Christ; relics of Saint Gregory Bar Hebraeus (1226-1286) Maphrien (regional primate) of the Syrian Orthodox Church from 1264 to 1286.”

In addition, parchments written in Syriac, Armenian and Arabic – wrapped and protected in glass bottles – were also discovered in the ruins of the church.

During its reign of terror in the years following the fall of Mosul in 2014, ISIS left Mosul in ruins and forced hundreds of thousands of Christians in the Nineveh province surrounding Mosul to flee. It is estimated that ISIS destroyed at least 14 churches in the Nineveh province alone during its onslaught on Christians and Christian culture and that it plundered and destroyed – frequently by simply blowing up – at least 28 historical religious buildings in Iraq in 2014 and 2015 alone.

Those buildings not only included churches but also “mosques, graves, shrines, churches and monasteries of historic character,” Iraqi deputy minister of Iraq said at the time.

The destruction by the members of the Islamic State in Syria and Iraq was not limited to Christian artifacts. In 2014 and 2015, videos emerged that showed ISIS terrorists destroying ancient artifacts from multiple ancient civilizations with sledgehammers and jackhammers inside the Mosul Museum. Many of the artifacts were irreplaceable originals.

“Oh Muslims, the remains that you see behind me are the idols of peoples of previous centuries, which were worshiped instead of Allah. When Allah orders to us destroy these statues, idols and antiquities, we must do it, even if they’re worth billions of dollars,” the narrator of one of the videos said.

The project is being overseen by the French organization, l’Oeuvre d’Orient, in coordination with the State Board of Antiquities and Heritage (SBAH) of Nineveh and the French Institut National du Patrimoine.