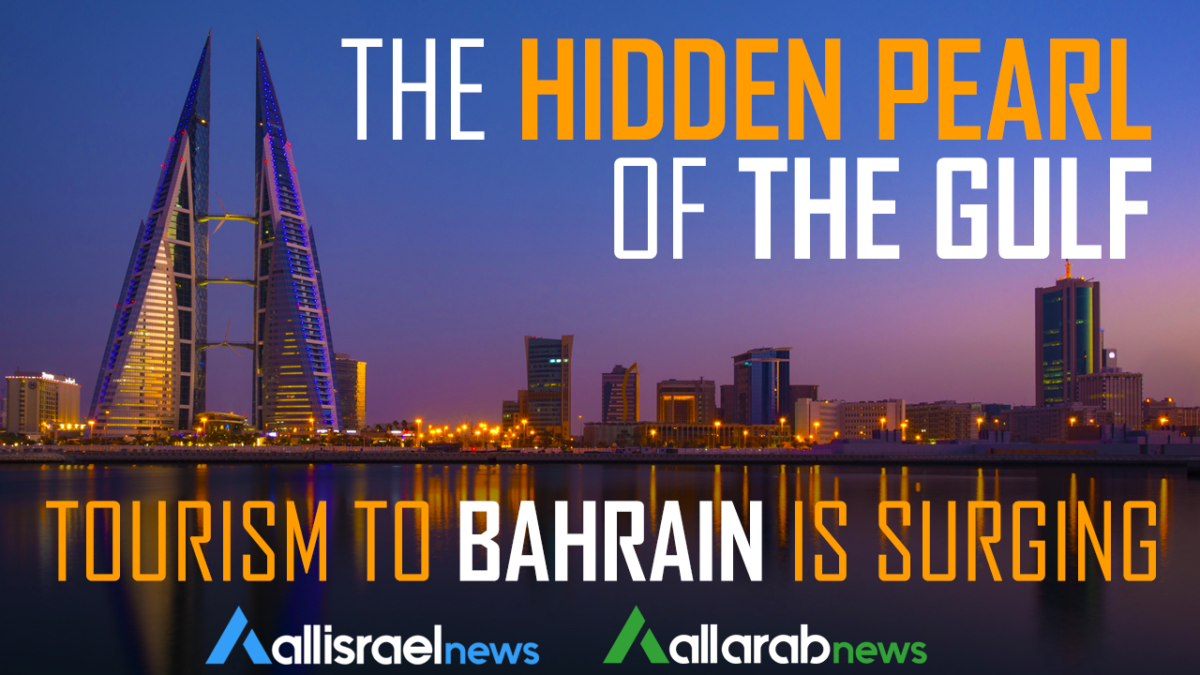 MANAMA, BAHRAIN – After hitting a record high of 12 million visitors in 2018, the Kingdom of Bahrain saw that number collapse during the COVID pandemic.

It was a terrible blow to this absolutely gorgeous Arab Gulf nation that has been working hard to diversify its economy beyond just oil revenue and brand itself as a tourist destination in the region.

Fortunately, as the terrible COVID lockdowns ended and most restrictions were lifted, Bahrain saw an impressive rebound.

In 2021, amidst many cumbersome health and safety restrictions, the country barely brought in two million visitors.

But in 2022, that number reached nearly 10 million, says Dr. Nasser Qaedi, the CEO of the Bahrain Tourism & Exhibitions Authority.

I sat down with him in his office in Manama, the kingdom’s capital, to understand why.

“Bahrain is pursuing a very aggressive tourism recovery strategy post-corona,” Qaedi told me, including a global marketing campaign to draw visitors from all over the world. “And that has resulted in a very strong rebound.”

“We have an unprecedented volume of investments that are happening in the tourism space,” he added.

But he was quick to note they are looking for more.

Watch more of my interview with Dr. Nasser Qaedi here.

FIRST TO BUILD A FORMULA ONE RACING VENUE

Among Bahrain’s most exciting attractions: It’s the host of the Bahrain Grand Prix.

Becoming the first country in the Middle East to build a Formula One speedway in 2004 – having beaten out competition from the United Arab Emirates, Lebanon and Egypt – it has become one of the premier destinations on the Grand Prix circuit.

And this year – March 3 to 5 – Bahrain will actually host the opening race of the season.

“After the record crowds, electric atmosphere and incredible racing which we were delighted to host in 2022, it makes us hugely proud to be hosting yet again the opening round of the season,” says Sheikh Salman bin Isa Al Khalifa, the CEO of the Bahrain International Circuit.

“Whilst the bar was set high for our 2022 race, we can’t wait to offer fans an even better experience” this year, he added.

“It’s a great honor for us to be able to host the first race of the season and we thank Formula 1 for placing their trust in us for what we hope will be yet another landmark occasion for the sport.”

MUCH MORE TO SEE

Other top tourist attractions include:

As I wrote on Friday, I have come to regard Bahrain as a “hidden pearl of the Gulf.”

Other Arab countries may be bigger, richer, more powerful, and have more impact on the direction of the Middle East and the world.

But after crisscrossing the Arab/Muslim world for several decades – from Morocco in the West to Afghanistan in the East – I’ve never found any country in the region that is more attractive than Bahrain.

Bahrain is an archipelago comprised of 33 natural islands.

It also boasts a growing number of man-made islands created to give the country more space to build hotels, resorts and waterparks, as well as high rise office buildings, apartments and single family villas.

And it really has a “island vibe.”

It’s gorgeous. Peaceful. Laid back. Friendly. Hospitable not only to Muslims but to Christians and Jews and people of all faiths, nationalities and backgrounds.

Imagine a Caribbean country with oil, money – and camels.

Not enough have discovered Bahrain’s charms but that is changing.

Consider the data, published by the World Bank:

What’s more, tourism revenue has surged from $593 million in 1995 to $4.38 billion in 2018 (measured in current U.S. dollars), making it an increasingly important component of the country’s overall Gross Domestic Product and a driver in its bid to diversify beyond oil revenues.

I first visited Bahrain in December 2021 and fell in love with it.

This time, I brought an Israeli corporate lawyer – a dear friend and business partner – who had never been to the Gulf before.

He absolutely loved it.

Now we’re looking forward to bring our wives – and other friends and colleagues – to discover Bahrain for themselves.