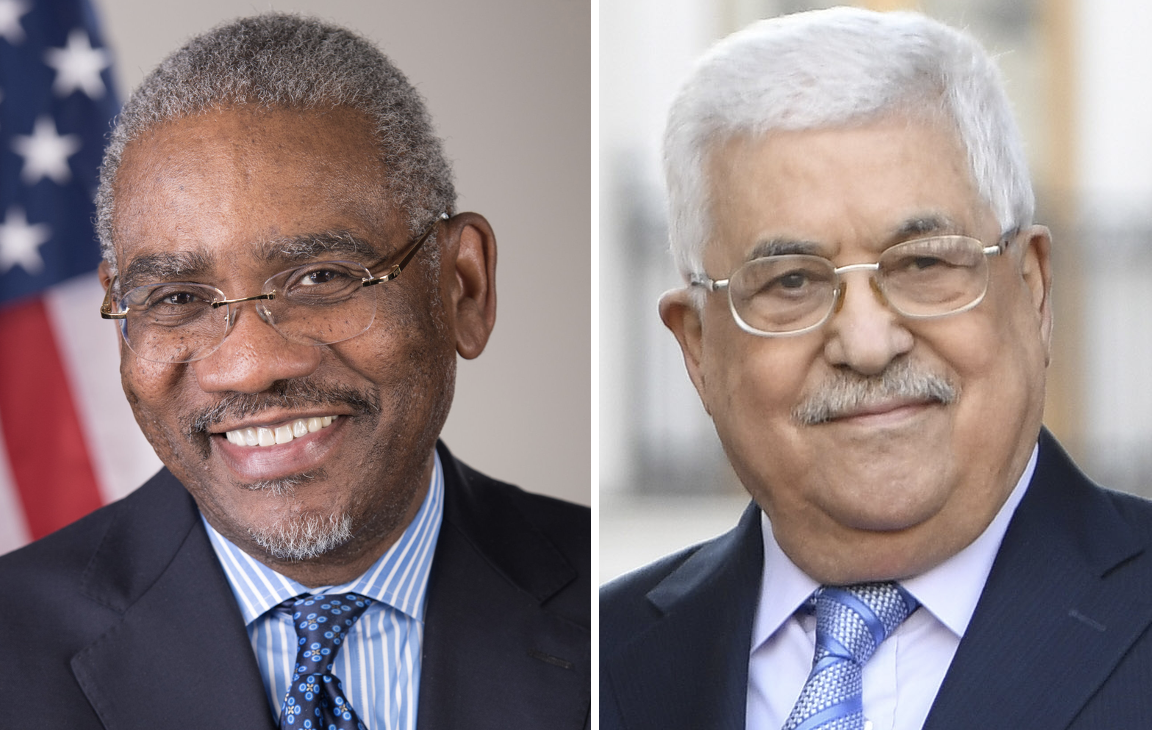 Palestinians have been eager to reignite relations with the U.S. since the election of President Joe Biden, a sentiment Abbas reiterated during the visit.

The visit comes after the 11-day conflict between Israel and the Palestinians in May, that resulted in the death of more than 200 Palestinians, 13 Israelis and 4,300 rockets fired at Israel by terror groups in Gaza.

The Palestinian president briefed the members of the U.S. Congress on the latest developments of the situation in the Palestinian territories.

Abbas told them that Palestinians are “committed to achieving a just and comprehensive peace based on international legitimacy resolutions through negotiations under the auspices of the International Quartet.”

“During the meeting, held at the presidential headquarters in Ramallah, the President stressed the need to take practical steps to give the Palestinian people hope for achieving peace through the establishment of an independent Palestinian state with East Jerusalem as its capital and based on the pre-1967 borders,” WAFA reported.

Abbas expressed his appreciation for Biden’s approach on a number of issues, including his commitment to the two-state solution and interest in reopening the U.S. Consulate in East Jerusalem, as well as his rejection of “unilateral steps by any party” regarding the settlements and Haram al-Sharif, known to Israelis as the Temple Mount.

The congressmen asked Abbas about the Palestinian elections which Abbas decided to postpone. He blamed Israel for not allowing residents of East Jerusalem – which is under Israeli sovereignty – to vote in Palestinian elections. Many Palestinians were upset with the latest postponement and believe it was in response to the strong possibility that Hamas was going to beat Abbas’ Fatah party. Abbas has been in office for more than 15 years.

“We will not hold elections without Jerusalem, because East Jerusalem is the capital of the State of Palestine,” Abbas said during the meeting.

The American delegation also visited with Israeli officials and were scheduled to fly to Qatar afterwards.

Meeks said the purpose of the trip was to “explore the challenges posed by the recent outbreak of violence in Gaza; assess Israel’s current security needs; and evaluate the Biden administration’s attempts to restart assistance to the Palestinian people.”

“When I look at the most diverse administration in the history of Israel, we are living in historic times…The friendship and bond with Israel is forever,” he declared.

“Bipartisan support of the United States is an essential element of the national security of the State of Israel, and I thank the members of the delegation for the bipartisan support for Israel during Operation Guardian of the Walls,” Lapid said.

This has been the anthem of the new Israeli government which has placed an emphasis on outreach to both parties in the U.S. after four years of heavily favoring the Republican-led White House with a strong relationship between Trump and former Prime Minister Benjamin Netanyahu.

“This meeting reaffirmed the unbreakable bond between Israel and the United States – one based on shared values and a dedication to bettering our mutual future,” the Ministry of Defense stated.

The delegation arrived in Doha on Saturday where they met Prime Minister and Minister of Interior Sheikh Khalid bin Khalifa bin Abdulaziz Al-Thani.